“Designerkaugummi” – this was one of the first Baßtelstube tracks to be started, but for a long time, only one of the bass parts for this two-player track was written.

I finally got through to adding the second part, to be played in harmonics, and here’s how it sounds via a computer mockup:

And here’s how it looks: 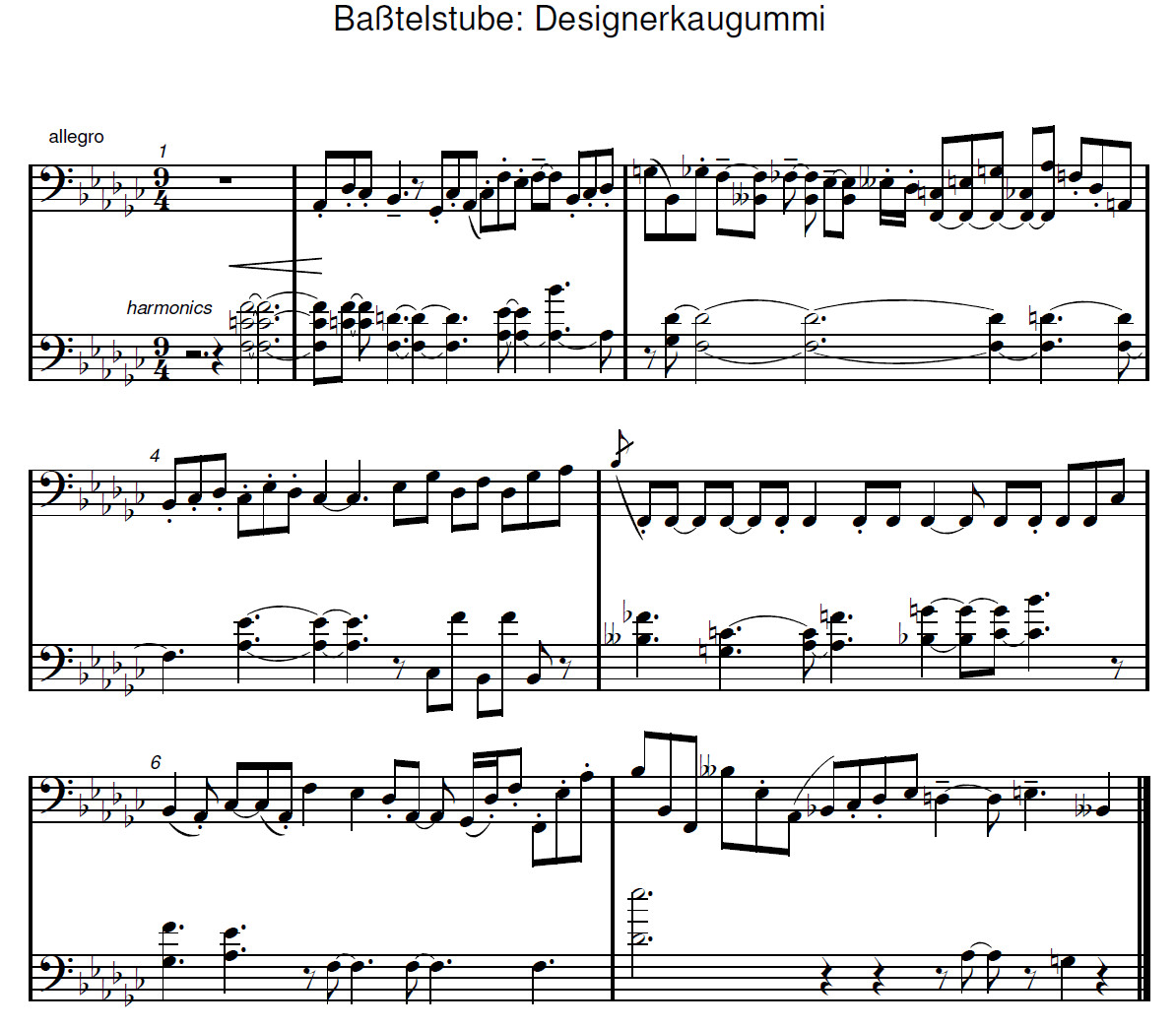 Now for the second part – is this really playable? I decided to contact some subject matter experts, a few of whom have already performed, via twitter:

What followed was an interesting discussion, and I’d like to include some of the highlights here:

@moinlabs @Stonewing I so desperately want to have coffee with you fellas. I love seeing big brains work.

All in all, it turns out it’s not readily playable.

So what are the options?

First of all, thinking in the composer mindset, I don’t want to change anything, but may be forced to. But then you can change other things than the composition. Options I see:

A: Changes to the composition

B: Changes to the arrangement

C: Changes to the instrument

For me, D is out of the question – Baßtelstube is meant to be something that can be played live.

B is an option that wouldn’t hurt and should be considered before anything else.

C is something the tricky bassists quoted above (and in fact, you, dear reader, if you have an idea) are asked to consider. However, unless we’re going for a chromatic tuning or similar, it seems that we will at least need something from A1 or A2, maybe even A3.

But I’m confident that a combination of B, C (C2 in a mild fashion) and A1/A2 can make it work – we shall see!